Before moving forward, it is important to understand the difference between Continuous Integration (CI), Continuous Delivery (CD), and Continuous Deployment.

Also, a part of this lab we’ll be using using Pipelines in OpenShift for CI/CD, which gives you control over building, deploying, and promoting your applications on OpenShift. Using a combination of the Jenkins Pipeline Build Strategy, Jenkinsfiles, and the OpenShift Domain Specific Language (DSL) (provided by the OpenShift Jenkins Client Plug-in), you can create advanced build, test, deploy, and promote pipelines for any scenario.

OK, let’s go ahead and start building an OpenShift CI/CD Pipeline using In the OpenShift Console.

First, go to the CI/CD Project to the right.

If the project does not exists, then use the CLI and goto the terminal and type the following: 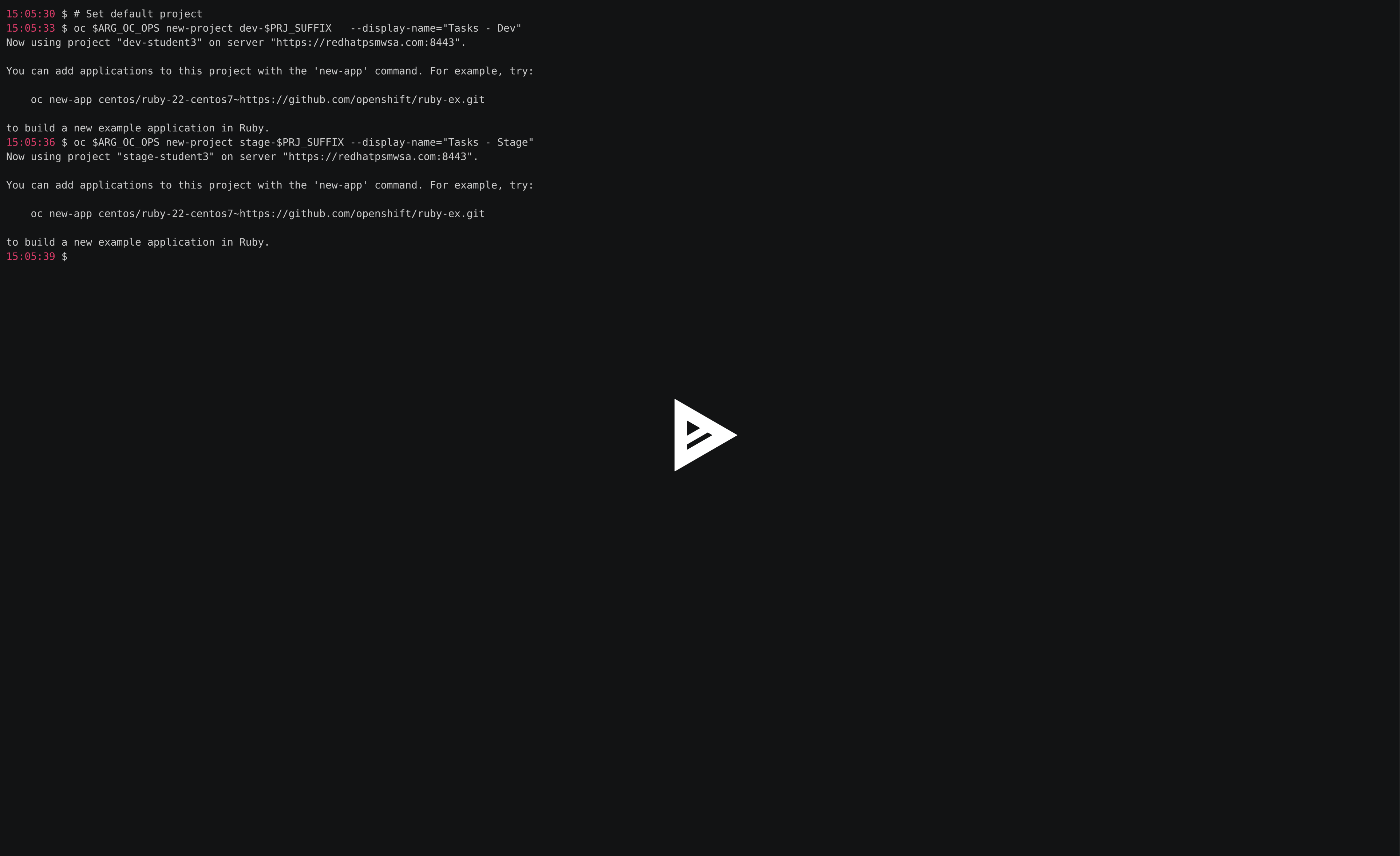 Once inside the CI/CD Project, you will see the following PODS running. This PODS are all leveraged in building our application.

It might take a few minutes for all PODS to be deployed.

The Flow of the Trusted Software Supply Chain